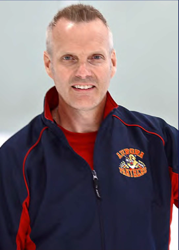 Steve Dempsey will be going into his second season with the Intermediate AA team in May 2020. Previously to taking on this position he was an assistant coach for 12 years with the York University Lions women's hockey team beginning in 2009 working with Dan Church, the former Canadian Olympic Coach.

In addition to his work with the Lions, Dempsey has been a Head Coach with the Ontario Women's Hockey Association High Performance U16 and U18 programs. In 2014 and 2019 his team went undefeated during the summer development camp.

Internationally, he has also worked with the New Zealand National Women's team program as a mentor coach. In 2012 he helped New Zealand to their best IIHF World ranking and their best finish at the IIHF World Championships.

Steve Dempsey is a fully certified NCCP HP1 and HP2 level coach and has been certified in Hockey Canada's High Performance Program.  He has been coaching for over 35 years in competitive, house league, and high school settings in hockey, soccer, and softball. 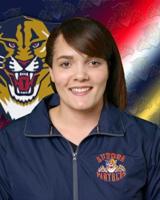 Jamie is a lifelong Panther having played in Aurora from Novice to Intermediate AA. In 2009, she earned a full scholarship at Robert Morris University where she was named Rookie of the Year. Throughout her college hockey career she set program scoring records for a defenseman as well as most blocked shots. The team won the CHA Conference Championships in the 2011-2012 season. Jamie was named Assistant Captain the following year. In her final school year, Jamie earned All Academic Team honors, proving herself a success both on and off the ice. After graduating, went on to coach in our Midget AA Panthers and served as an Assistant Coach for the York University Women's Hockey Team. In October 2017, Jamie was inducted into the Richmond Hill Sports Hall of Fame. 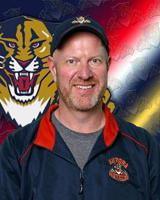 Dan has extensive coaching experience in various sports including 15 seasons of representative hockey in the Panthers organization. During this time his teams have won a Provincial Gold, 14 tournaments plus numerous final 4 appearances at both the Provincials and LLFHL Championships.  His coaching style helps to nourish the lifelong respect and enjoyment of the game.

Mark is entering his 16th season coaching for the Panthers organization, at every level from Novice House League to Intermediate AA. Mark is D1 Certified and has been an assistant coach with the Jr Panthers for the past four seasons. Mark has also served on the CYGHA Board of Directors and Executive for the last five years and is currently the Vice-President of Rep hockey.  He strives to create a positive and fun learning environment for players and to share his passion and enthusiasm for the game.

Kiri is a Certified Performance Coach specializing in mental skills and motivational techniques. She currently works with private clients and York University Women's Ice Hockey, Volleyball and Basketball to help them develop personal strategies for overcoming roadblocks to help them attain their peak performance.

Kiri is also a Certified Strength and Conditioning Specialist (CSCS). After finishing her Honours B.Sc. specializing in Kinesiology and Health Sciences at York University in 2015, Kiri attended LIT-Limerick Institute of Technology in Ireland, to complete her Masters in Strength and Conditioning. She conducted a motor learning dissertation investigating video analysis and the hockey shot.
Kiri is currently a Strength & Conditioning (S&C) Coach at Canadian Sport Institute Ontario (CSIO) working with provincial Freestyle Ski, Beach Volleyball and National Archery, Women's Softball and Wheelchair Rugby. Prior to S&C Coaching at CSIO Kiri worked in the private sector at TPA Sports (with a focus coaching ice hockey players of various levels).

Growing up a Panther, Alex was able to progress right through our association until Midget AA, and then went on to play Junior in the PWHL. All of her hard work paid off and she realized her dream of playing university hockey and played for the York University Lions while earning her degree in Human Resource Management. Throughout high school and while earning her degree Alex worked as a lead goaltender instructor for McGuire Goaltending, and Top Performance Goaltending. Her experience as a player brings a great deal of knowledge and understanding to the table when working with our Panthers. Last year was Alex's first year serving as the Junior Panthers Goalie Coach, and as the CYGHA’s lead goalie instructor.

Alex likes to work on all facets of the game with her goaltenders, and will be emphasizing skill development, hard work and growth on and off the ice this year with the Intermediate AA team. She herself is a lifelong learner and has been recruited to work at several elite goaltending camps that are led by Hockey Canada U18 and Senior Team goaltending coaches. She closely follows the “Hockey Canada” goalie development program so that her goalies are prepared for Provincial and National team opportunities.

Katerina is a Certified Athletic Therapist and will be entering her second year with the Panthers. She received her Honours Bachelor of Science in Kinesiology and Health Science, and her Certification in Athletic Therapy from York University. She has experience working with Varsity OUA soccer and hockey teams, as well as students at Bill Crothers Secondary School. Katerina has also worked with the IBL Barrie Baycats baseball team and the CFL Toronto Argonauts football team.